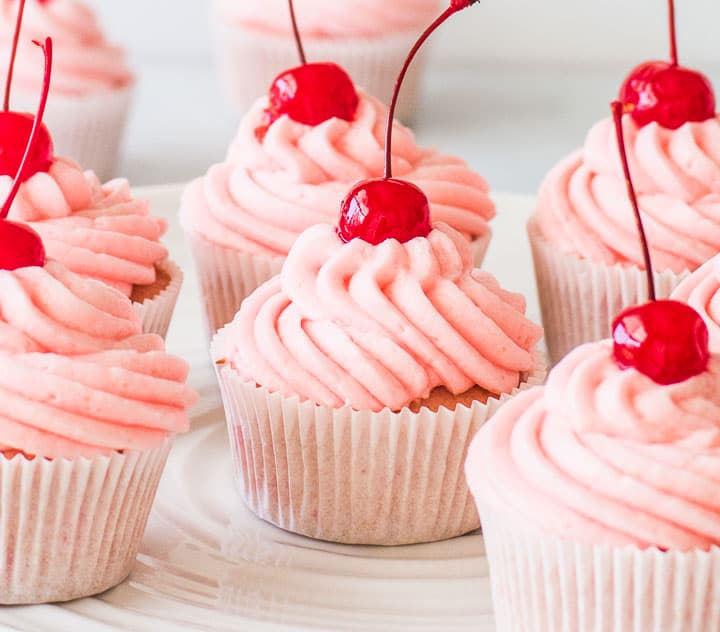 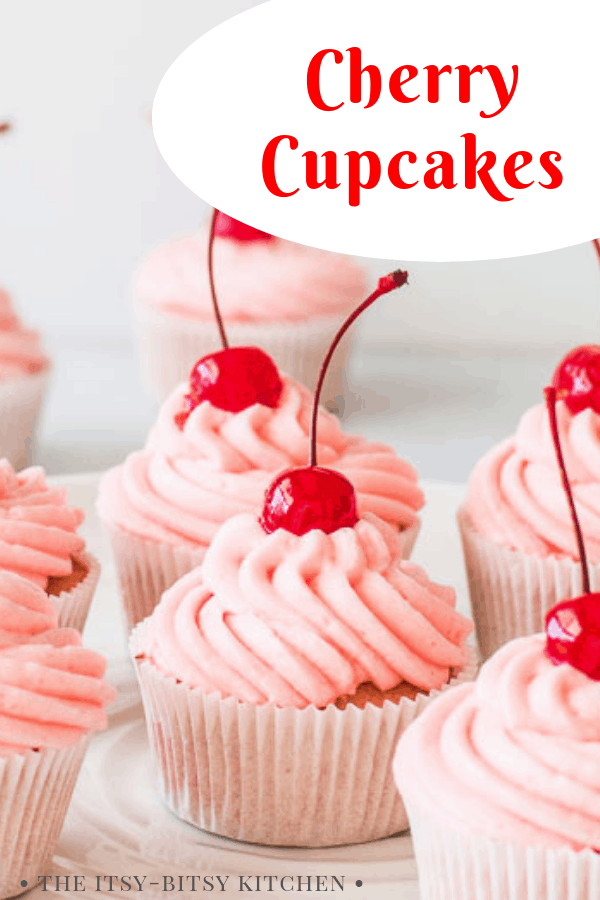 I mean come on! They’re pink! And full of cherries, and topped with pink frosting, and really what’s not to love?

And for a cupcake made totally from scratch, they’re reasonably easy to make too—no special equipment or tricky techniques required.

Why you’ll love these cherry cupcakes:

How to make cherry cupcakes 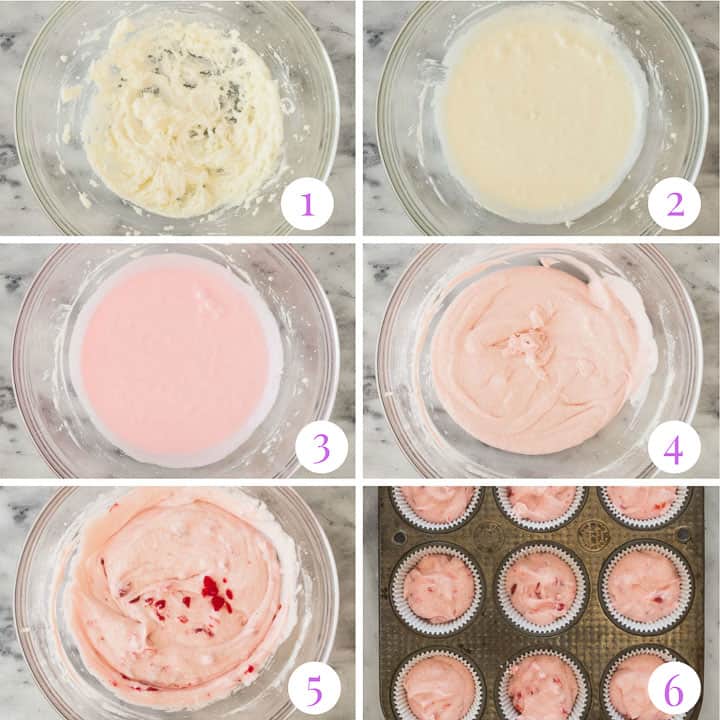 Be sure to cool your cupcakes completely before you frost them or the frosting will melt.

If you don’t like almond extract you can substitute vanilla instead but almond and cherry go together beautifully.

I like to use clear vanilla in my cherry cupcakes so I can get a true pink color but feel free to use regular vanilla if that’s what you have.

I also use Wilton pink gel food coloring; a little bit goes a long way. You can use whatever food coloring you prefer.

How to make maraschino cherry frosting

I used this closed star pastry tip to frost my cupcakes but you can definitely just spread the frosting on top.

What are maraschino cherries?

Marasca cherries are a sour black cherry that grew wild in the Dalmatia region of Croatia. Preserving them in maraschino liqueur was popular there for a long time.

In the 19th century their popularity spread to the rest of Europe but because they were very expensive they were seen as a delicacy that only the very wealthy could afford.

They came to the US in the 19th century as well and due to their popularity and expense many people began creating imitations.

The maraschino cherry as we know it today is the creation of Professor Ernest Wiegand of Oregon State University. (Excuse me while I take a moment to be a proud Oregonian.)

In the early 1900s Oregon was growing a whole lot of cherries. But cherry growers lacked a method to preserve the cherries without making them mushy. Therefore, from 1925 to 1931, Wiegand researched and perfected a technique that is used by maraschino cherry producers to this day.

And no, that method doesn’t include formaldehyde, which is apparently a common misconception.

For a more in-depth history see this article. If you’re a history nerd like me then you’ll love it.

Can I use fresh cherries in these cupcakes?

You can certainly use fresh cherries in your cupcakes rather than maraschino cherries, however the cupcakes won’t be quite as moist. 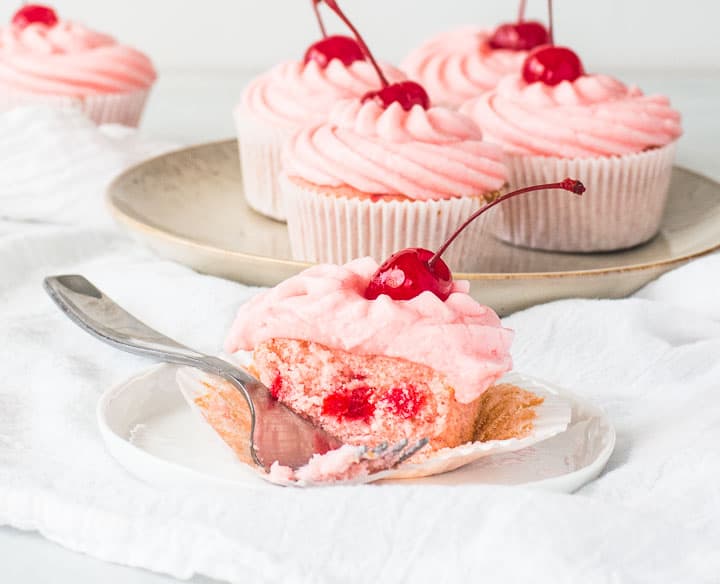 Did you make these cherry cupcakes? Yay! Let me know what you think with a comment and a rating below. And post a pic on Insta–tag @theitsybitsykitchen so I can see your gorgeous creations! 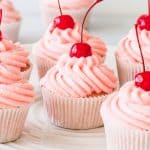 Adapted from How to Bake Everything

This site uses Akismet to reduce spam. Learn how your comment data is processed.

Hey there! I’m Kelsie and this is where I share my buttery, sugary, and all-around delicious recipes. I LOVE to bake and I want you to love baking too, so all of my recipes are totally do-able for the home baker.  If you need a little dessert in your life, consider this your one-stop shop for anything sweet! Need a little more info? Here you go!

We are a participant in the Amazon Services LLC Associates Program, an affiliate advertising program designed to provide a means for us to earn fees by linking to Amazon.com and affiliated sites.